The Source of All Suns 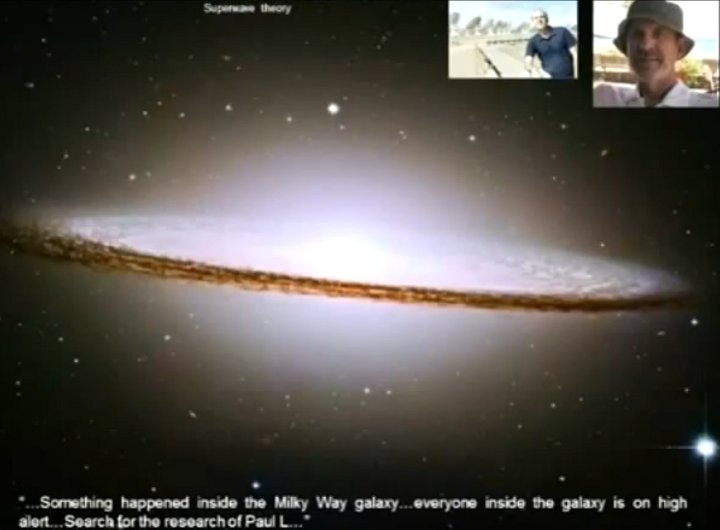 Brice Taylor's book - "Thanks for the Memories"


ANNOUNCEMENT: This page has been modified to be viewable on Mobile devices


I have read Cathy O'Brien's powerful book "Trance Formation Of America" twice and had a few shocks. I feel that what was happening to her, partially was happening to me and to millions of other women. She and Mark are very heroic people. I remember seeing them both at the conference in Sydney, Australia,  some 10 years ago. That was a memorable event for me. And here is their whole book , just without pictures and letters, which you find on torrentchannel listed below (if it is still available):

Since the first printing of TRANCE was released in September 1995, many of the hard-to-comprehend details have been verified and miraculously managed to surface through our controlled medias. Please help us any way you can to provide this book to anyone who will further research its contents and thus shine the light of truth on the psychological warfare plan that is being silently waged against humanity. Please remember, for as long as your thoughts remain free, and consider the psychological annoyance power of a single mosquito in a room with no light. This book will remain in a print until justice prevails, the technological antidote for Kelly is provided, and unbiased, uncensored mass news media attention is given to the contents of this book. Thank you for your support.

"... with liberty and justice for all" Preamble to the United States Constitution My name is Marquart (Mark) Ewing Phillips, born May 17, 1943 in Nashville, Tennessee, I have no criminal record and I have never been adjudged insane, I am not a scholar, professional writer, or mental health physician. While I lack the official published academic credentials, I am recognized internationally by mental health and law enforcement professionals as an authority on the secret science concerning external control of the mind. The purpose of Part I of this book is to document how this reputation was gained. This brief and highly condensed contribution is intended to provide an understanding of why, when, and where I embarked on a study of the most secret technology known to man: Trauma-based mind control. Through the publication of declassified United States Government documents, our U.S. Department of Defense (DOD) admits that this ancient wizard's mechanism for control is so dangerous that most information pertaining to it must remain Classified as TOP SECRET. As tbe employee of a DOD subcontractor with exposure to mind-control research, I was required to sign an oath of secrecy. To this day I am restricted by law from revealing certain specific information that directly pertained to my employment as, among other "sensitive" exposures, a U.S. DOD subcontractor in mind-control research. This super secret technology is an evolved system of remote human physical find psychological manipulation that has only recently been officially recognized by accredited mental health physicians for what it is, absolute mind control. My first encounter with mind-control research began in the late 1960s in Atlanta, Georgia on the Emory University campus at the Yerkes Primate Center, It was there that I learned about primate behavior modification-the basis for human mind control. Part I of this book is my attempt to impart an understanding of how this and other exposures would prepare me for the Challenge of a lifetime. What I witnessed, in terms of technology, at the Yerkes Primate Center and Other government sponsored research facilities, combined with years of personal research into this science of mind manipulation, did not adequately prepare me for what I would be exposed to in 1988 through an unexpected chain of events. This exposure came in the form of personal acquaintance with the human results officially entitled by DOD as, among other cryptic file titles, MK-Ultra.1 1 have outlined this noxious introduction in hopes that the material provided by one MK-Ultra survivor, Cathy O'Brien, will incite a legitimate federal investigation of her claims. I was able to liberate MK-Ultra victims, Cathy O'Brien and her daughter, Kelly, from the invisible grip of this U.S. Government secret weapon of control. In the process, I also helped Cathy recover her mental and physical health. However, I have not been successful in enlisting the cooperation of my government to pursue the justice issue. There is a reason for this failure to obtain justice that you, the reader, NEED TO KNOW. I have been told repeatedly, "Justice is not obtainable, For Reasons Of National Security." This book is primarily the autobiography of Cathy O'Brien, who did not volunteer for service to her country, but was used her entire life against her innate, voluntary will for perpetuating criminal activity by many so-called leaders within the U.S. Government. These "treasonous leaders" did volunteer for political "service" to our country. They must be held accountable for their actions. Together, Cathy and I have dedicated our lives to the pursuit of justice and rehabilitation for her and Kelly. All avenues for justice and rehabilitative relief have been blocked For Reasons Of National Security. The question arises, whose security? Cathy O'Brien provides the logical answer. Perhaps after reading this work, you will inspire others to read it. Collectively, as patriots, we can make a positive difference for Cathy and Kelly, our government, and humanity, by having our voices heard. In my opinion, our great United Stales Constitution does not need to be amended it needs to be enforced. The grim reality we must all embrace is that there is, in human terms, no justice, and no revenge adequate to equal what these two, and many other victims of this U.S. Government secret weapon experienced. The only remaining remnant of opportunity for justice for these survivors would be derived from a public forum expose of what they experienced. What these survivors need to witness is the mass dissemination of their story and a radical, positive change in their government's management of secrets. This would be an acceptable, though belated, substitute for justice. Their hope lies in the belief that- "Truth lives a wretched life, but always survives a lie,"

CHAPTER 3 THE RECLAMATION OF CATHY'S MIND

CHAPTER 4 TRUTH AND CONSEQUENCES JUST US PURSUED AND JUSTICE DENIED

CHAPTER 1 MY INTRODUCTION TO HUMANITY

CHAPTER 2 THE RITE TO REMAIN SILENT

CHAPTER4 THE MOST DANGEROUS GAME

CHAPTER 5 TINKERING WITH THE MIND

NO MORE BEATING AROUND THE BUSH

NEW WORLD ORDER OF THE ROSE

A-HUNTING WE WILL GO

It was late evening when Bush and Cheney finished programming me with numerous messages pertaining to the immediate opening of the Juarez, Mexican border to free (drug and slave) trade. They then took me downstairs to the living quarters of the western cedar and redwood structure where Kelly soon joined us. George Bush, Jr. deposited my obviously traumatized and withdrawn child at the door. Referring to The Most Dangerous Game she told me in a quiet, defeated and sad voice, "I was caught same as you". In retrospect, I do not know if she was actually hunted (I can only hope she was not). Regardless, this reinforced the fact that 1 had been caught and therefore was "responsible" (when in fact I was not) for everything that happened to Kelly from that point on. The decor of the residence area reflected Cheney's primitive, rustic, western preference. Like his "ultra secret" Pentagon Bunkhouse, use of leather was in abundance. The main room was small, but appeared larger due to an infinity mirror on one wall. The room was decorated in mirror fashion with one side looking like the other. Centered between two facing black leather sofas was a coffee table littered with drugs and paraphernalia. Bush and Cheney were sitting in matching black leather recliners angled towards the large stone fireplace where a fire was blazing, illuminating and heating the room. Heroin, Bush's drug of choice, was in abundance and Cheney joined him in using it. The smorgasbord of drugs laid out supposedly included opium, cocaine, and Wonderland Wafers (MDMHA-XTC aka ecstasy), which indicated to me they intended to celebrate their vacation with abandon. 1 had seen Cheney stumbling drunk before, but this was the only time I saw him use heroin and give it to me. Kelly, too, was subjected to the drugs. Bush attempted to sell Cheney on the idea of pedophilia through graphic descriptions of having sex with Kelly. Both were already sexually aroused from drugs and anticipation. Cheney demonstrated to Bush why he did not have sex with kids by exposing himself to Kelly and saying, "Come here". Upon seeing Cheney's unusually large penis, Kelly reeled back in horror and cried, "No!" which made them both laugh. Bush asked Cheney for his liquid cocaine atomizer as he got up to take Kelly to the bedroom. When Cheney remarked how benevolent it was of Bush to numb her with it before sex, Bush replied, "The hell it is. It's for me." He described his excited state in typical vulgar terms and explained that he wanted it to spray cocaine on his penis to last longer. Cheney said, "I thought it was for the kid." Bush explained, "Half the fun is having them squirm." He took Kelly's hand and led her off to the bedroom. Cheney told me that since I was "responsible" for Bush's assault on my daughter by being caught in A Most Dangerous Game, I would "burn" (in hell). He burned my inner thigh with the fireplace poker, and threatened to throw Kelly in the fire. He hypnotically enhanced his description of her burning to traumatize me deeply. As he sexually brutalized me, I heard Kelly's whimpers coming from the bedroom. As her cries grew louder, Cheney turned on classical music to drown out her cries for help. At 4:00 am, as ordered, Bush Jr. (and his helicopter pilot) came to retrieve Kelly and me. We were flown (by helicopter) back to the Lake Shasta area where Houston and the motor home awaited us. Bush's assault of Kelly proved to be a mind shattering experience for me, and physically devastating to Kelly. She was in dire need of medical attention and was unable even to move. Houston threatened to stop the motor home in the Yosemite area and throw me from a steep cliff if I didn't settle down. His threats and commands could not control my hysteria, as much of his control programming had inadvertently shattered. Fearful he would lose both his "money-makers," Houston permitted me to telephone Kelly's doctor and begin administering medicines. As for me, he arranged for assistance in picking up the pieces in order that I complete my primary purpose in traveling to California, i.e., meet with Mexican President Miguel de Ja Madrid and finalize plans Co open the Juarez border.

"FREE TRADE" OF DRUGS AND SLAVES AT THE JUAREZ BORDER

THE LIZARD OF AHS

IN THE INTEREST OF TIME AND SPACE

THE KING AND EYE

A PLACE TO RUN, NO NEED TO HIDE